We Are Winners! (or how my husband and I got an “Oscar”)

The crowd goes wild with shouts, and the hall reverberates with thunderous applause. Such is a usual scene at an awards ceremony.

News about the recently concluded Academy Awards was trending on my social media feed, with the best of the best bagging the highly coveted Oscar. It was a celebration that paid tribute to the excellence and hard work of people in the film industry.

I’m not an avid movie-goer, and I was even clueless that it was Oscar season. But in any case, this reminded me that I, together with my husband, actually have an “Oscar.” And here it is… 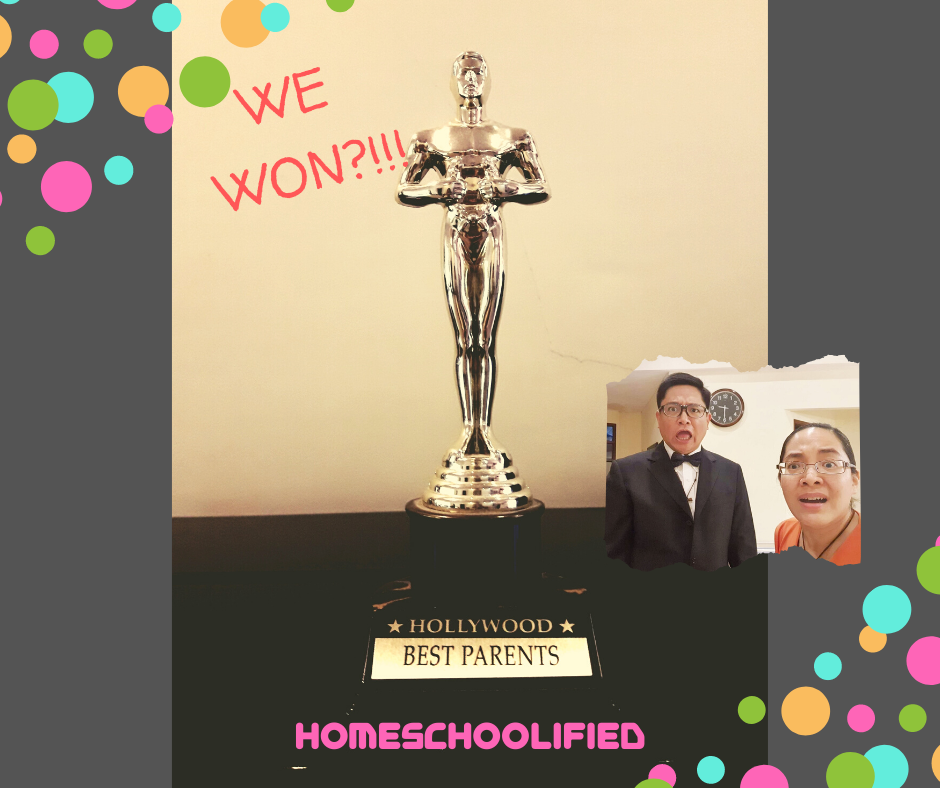 We “won” this in early January 2017, if I remember right. Our son gave it to us when we were at Universal Studios. It turned out that while we were in one of the shops there, my son approached his ninang (my sister-in-law), and asked if she could pay for it, since he wanted to surprise us with it. Generous ninang gave in. And when my son presented it to us, aww…we were super touched! (And amused at how he used his leverage with his ninang, haha!)

So, wow, to receive “Best Parents” Award. What an honor. But it made me think. Am I really doing my best at parenting? Now, with that thought, it could’ve gone either way—me feeling bad that I wasn’t measuring up, or me feeling blessed with the opportunity of parenthood, and wanting to become a better parent.

To be honest, there was a slight temptation to go the path of “woe is me,” but nah, that would just be a waste of time and energy. I decided to chill. 😀

There are no perfect parents, but there are perfect parents. Translation: There are no sinless, flawless parents, but there are parents who are the perfect ones for their kids. We all fit in the latter category. Because love is our motivation, and love never fails (1 Corinthians 13:8). And well, God handpicked us in the first place. Thank You, Lord!

Have you had a similar experience, when your kids made you feel like you were actually doing something right as a parent? Feel free to share in the comments!

Hi, I’m Mich! I’m a wife and homeschooling mom. In this online space, I hope to encourage and inspire you with the lessons of faith, hope and trust that I’ve learned on my journey thus far. Blessings! :)